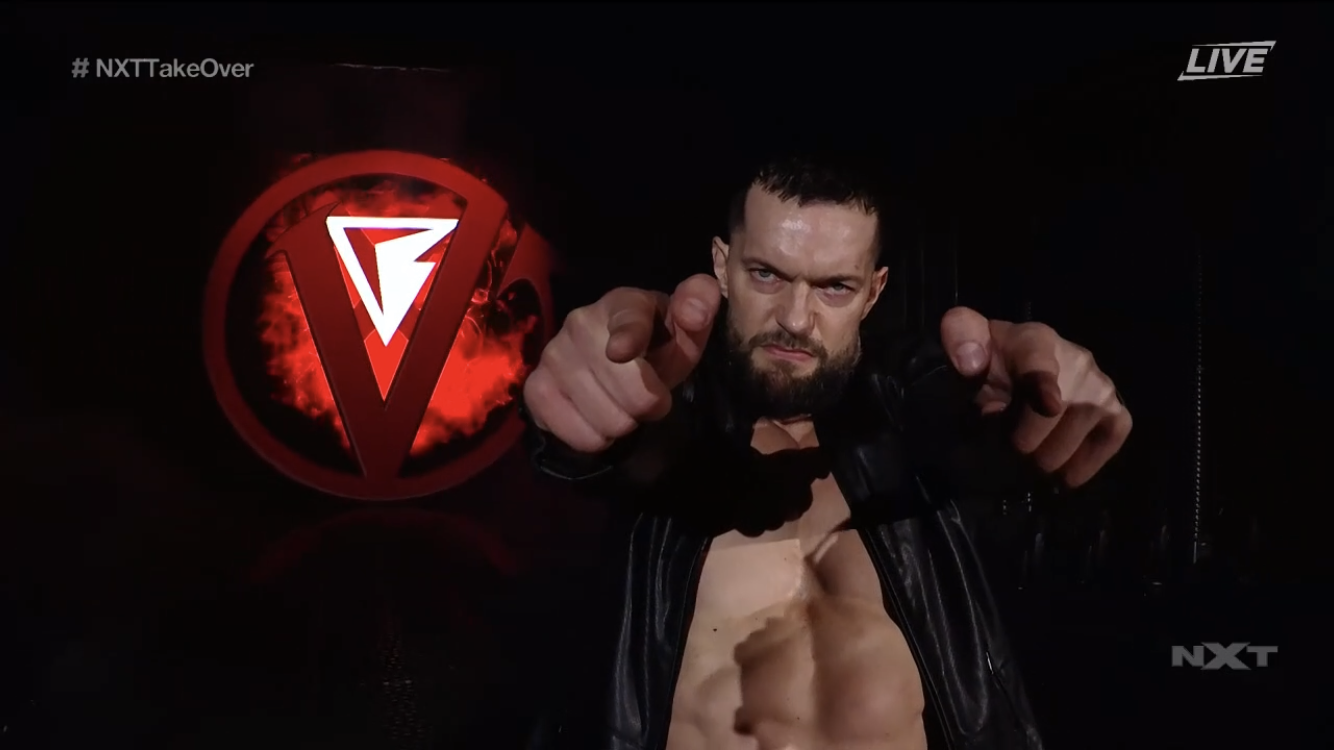 Tonight: We find out who will be the winners of the Mens & Womens (first time) Dusty Classic, if Johnny Gargano can break his kickout record and whether or not Finn vs. Pete will be 5 stars or 6!

Former NWA Wrestler and IMPACT World Champion Eli Drake (now LA Knight) is now #AllNXT! Big fan of the guy and can’t wait to see what he can do here. Honestly, a little surprised they didn’t just hot shot him onto the main roster, but IMO he’s already ready so it’s probably just a matter of time.

Ok, before I actually talk about the show, I also have to highlight what might be the greatest contribution to wrestling NXT has ever made. This song (that sounds like it might once again be Wrestle & Flow, but I could be wrong, don’t hesitate to correct me) and music video about Cameron Grimes newly gained riches.

The video features moments like Grimey driving on empty roads, Grimey popping bottles, Grimey making money angels and Grimey in a pool at night by himself.

Clearly this is the highlight of the program so frankly I’m shocked they even bothered with the rest of the show after this.

The sample of Grimey going “TO THE MOOOON” is *chef’s kiss*.

POP: Oh shit, we finally know what MSK stands for

The show began with a legit dope song from YouTuber, Wrestling Fan, and now once again WWE Employee (congrats brother) Wrestle & Flow. The premise of the song is a literal love song dedicated to NXT which is pretty hilarious, but he had some pretty witty bars. Also I think he may have low-key told us what MSK stands for.

“I am a Must See Kid, I know your preference/I got the confidence of both the Young Veterans”

Well, in my opinion, the first ever Womens Dusty Classic may have been a bit shaky with a shallow pool of talent to pull from and at least half of the matches taking place on an entirely different show (as did some of the mens matches), but I’d still call it a rousing success that gave us a lot of good tag team wrestling, this match included.

A lot has been said about Finn’s return to NXT for obvious reasons, but let’s not deny that Ember Moon has gotten a second wind ever since he returned to NXT as well. She shined in the WarGames Match a little while back and was definitely a highlight in this match as well.

But clearly, the star of this match was meant to be Raquel Gonzalez who has been on a tear ever since her matches with Rhea Ripley and shows no signs of slowing down. She’s clearly meant to anchor the NXT Womens division now that Rhea’s seemingly gone off to the main roster. I would’ve been fine with either team winning, so I’m glad to see Dakota and Raquel win here. That being said, they’re now the #1 Contenders for the Womens Tag Team Championship and I’m usually kinda ehhhhhhh about heel vs. heel matches, but outside of that, I have confidence in at least 3/4ths of that match.

Plus, Shayna gets to get got by her old favorite victim.

Shout out to Ember & Shotzi’s My Bloody Valentine entrance gear. Shout in to Shotzi’s new theme though, not a fan.

POPBOTCH: I Want It That Way

Now, yes this match was clearly amazing, no debate there. And I’m not even as high on Kushida as others all, but this is right up there with his match with WALTER for my favorite Kushida matches. That out of the way, I feel like this match may have gone on a bit longer than it should’ve which may have affected another match I’ll be talking about soon, and I don’t love how Kushida spent the entire match working Johnny’s left arm, but he was still able to hit the One Final Beat DDT twice with really no issue.

These somewhat nitpicks aside, again, this was still an incredible match. Plus Johnny’s seemingly Uncanny X-Men inspired gear was cool as hell.

Seems like Johnny’s next challenger will be Dexter Lumis who was busy kidnapping someone at the time. There seems to be a lot of kidnapping happening in wrestling lately, it’s weird.

Honestly, days later, this is the match I keep coming back to. This was my favorite match out of the entire Dusty Classic. I think MSK might be my new favorite NXT Tag Team. Wes Lee has star written all over him, and that dive over the corner of the ring threw me for a loop. Nash Carter really knows how to pull off the fired up underdog thing. The talent that the Grizzled Young Veterans goes without saying too, as they showed how crafty they can be as a team with that clever misdirecting of the ref they were able to pull off.

Winning the Dusty Classic is no small feat for a Team who’s number of matches they’ve had on NXT you can count on one hand, and it’s obvious that someone in NXT really sees MSK as the next stars of the brand, and I can’t say I disagree.

POP: IT WAS THE TABLE

These three have been getting in each other’s faces for a minute now, so it’s about time they actually fight about it and put the title on the line at the same time. NXT continually shows that they may have the best womens division in professional wrestling.

I’m glad this triple threat didn’t fall into that 2K booking that happens with a lot of WWE triple threats where 2 wrestlers wrestle for an extended amount of time while the 3rd rests on the outside. It certainly felt like for most of the match, it actually felt like a fight between 3 women.

Now, obviously, they had to freestyle for a little bit in the match as when Toni walked up to the desk, it immediately fell over (it was probably cold in the arena or something, I’m sure that doesn’t happen to the table all the time), but that was quickly followed up by Io leaping from a tall height off of the scaffolding. Clearly the womens locker room have a bet going to see who can leap the highest off of the scaffolding. Eventually Shotzi’s gonna jump from damn near the ceiling or something.

Since Mercedes took the pin here, odds are Toni is still gonna wanna see Io about that title, and an Io vs. Toni one on one match definitely intrigues me.

About 3 or 4 minutes into this match, Beth Phoenix told us we were about to see a clinic. Bruh…she was not lying. This match had so many transitions and submission attempts, you could use it as an example of a match that keeps an audience interested even without a lot of flips and high flying moves (not that there’s anything wrong with those, of course).

Finn Bálor really went to NXT and said to himself “You know what? I’m about to give all of y’all some technical modern classics, some shit you’re not even used to from me. It’s gonna blow your minds.” Between this match and his matches with Kyle, the Prinxe is really trying to show us that the business indeed watches him.

I love the idea of NXT Champion Pete Dunne and honestly, I’m shocked it hasn’t happened sooner, so I’d be lying if I said I wasn’t rooting for him here, but I’m fine with Finn winning and the way he won with him having to put Pete down HARD by using both the Coup de Gras and the 1916. I love the small detail of Finn’s fingers being so wrecked by Pete throughout the match that he can’t even do his finger guns thing when the match is over. I really wouldn’t be surprised if Pete does eventually take it off of him somewhere down the road.

Now, we get to the stuff that happened afterwards. So, Pete’s friends Oney & Twoey come down to the ring to jump Finn after the match and Pete joins in. That brings out group of good guys that totally hate when people get jumped, Undisputed Era. Finn once again thanks the Era for their help and we think they’re gonna pose and roll credits.

However, TOTAL SCUMBAG ADAM COLE superkicks Finn right in the mush. Then when Kyle gets in his face about it, he gets a Superkick for his troubles too, while poor Roddy is caught in the middle not sure who’s side to be on.

Ok, Pat. You were right.

That’s another NXT TakeOver in the bag, and while this one didn’t have those emotional stakes that past TakeOvers have had in the past (which I feel has been missing in NXT for a while now, I mean, I’m pretty sure the longest rivalry going right now is Johnny vs. wheels), every single match was still at least 4 out of 5 stars. Especially that main. Damn, that’s one that you gotta go back to time and time again.

Considering that ending, that emotional beat that NXT has been missing, might be coming back.

As always, check out all our other recaps & reviews, share this on all your sharables and check out the SRP Discord. 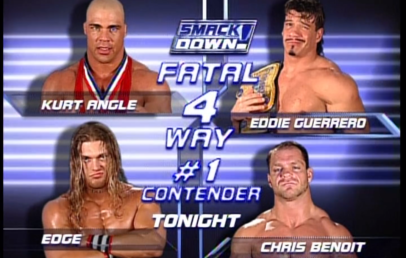 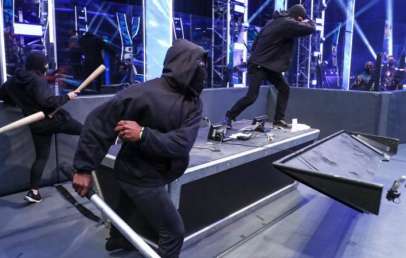 Let’s Uncover Who Exactly Is In WWE’s Retribution

by The Real Birdman